I recently saw an interesting proof for Pythagoras’s theorem in the MathHistory series which I wanted to share with y’all :-)

So a quick reminder, Pythagoras’s theorem says that if we have a right-angle (90 degree) triangle, then there is the following relation between the length of the sides:

The proof goes like this: lets rewrite the formula like a^2 = b^2 + c^2. We can interpret this geometrically as: (for a right-angled triangle) the are of the square constructed on the longer side is equal to the sum of the areas of the two squares constructed on the shorter sides.

And now the proof goes as follows: 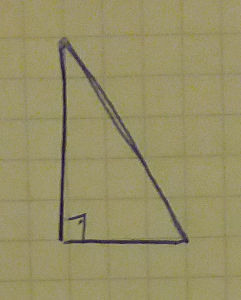 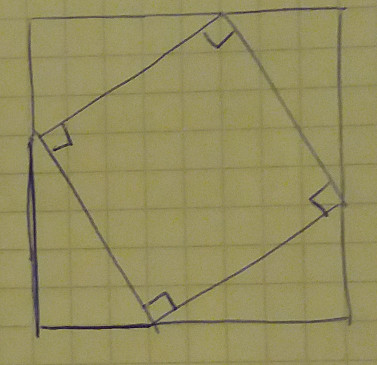 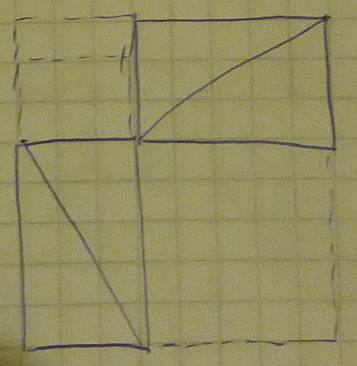 I only had one nagging feeling after seeing this proof - how do we know that the first big square constructed is actually a square. Can’t it be that its “edges” are not lines, but slightly crooked like below? 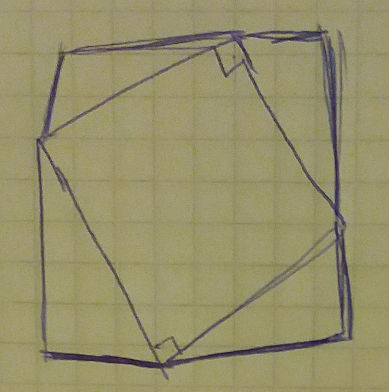 Fortunately we can use the fact that the angles in a triangle add up to 180 degrees (ie. a straight line) and show that the sides of the external triangle are indeed straight lines: 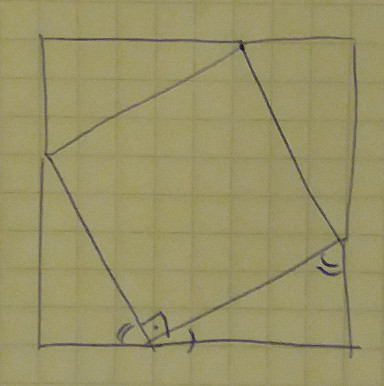